Do you want to know all about the ZEC? Then you’re in luck! We have created a full guide to this unique area in the Canary Islands to give you the crash course on the ZEC.

Below, you can find the comprehensive guide to ‘La Zona Especial Canarias’ (ZEC) – Click the links in the table of contents to go to a question, or feel free to browse the whole guide.

The Canary Islands Special Zone or La Zona Especial Canarias (ZEC) was originally started in 2000 as an EU lead initiative to create new jobs, investment and social development in the Canary Islands, but it has grown to be much more.

The ZEC is a unique area that boasts a low tax rate and is part of the Canary Islands Economic and Fiscal Scheme (REF). Often referred to as one of Europe’s best-kept secrets with a highly skilled workforce, a beautiful year-round climate and a 4% corporate tax rate, it’s hard to imagine any other place to start a new venture.

Although the Canary Islands fall under Spanish, and thus EU jurisdiction, agreements with these entities have allowed La Zona Especial Canarias to be formed and the islands to boom and companies to flourish.

The ZEC covers all the Canary Islands, the stunning chain of Spanish archipelago off the coast of Africa with a combined population of over 2,200,000. Consisting of 7 major islands in size order: Tenerife, Fuerteventura, Gran Canaria, Lanzarote, La Palma, La Gomera and El Hierro.

The capital of the islands, Santa Cruz in Tenerife, is acting as the main hub for startups, entrepreneurs and SMEs. Traditionally known as a popular tourist destination for Europeans, the islands are transforming into a bustling business community.

Due to the location, La Zona Especial Canarias is perfect for businesses who want to be involved with Europe while also having easy access to Africa, creating perfect opportunities for future expansion.

The strategic position of the islands means they are on main international trade routes, connecting them easily to Europe, Africa and America. The ZEC is fully established with the main maritime traffic routes, with 26 commercial ports and around 35 million of TM.

With 8 airports across the islands, 6 of which are international and transported almost 4 million passengers in 2021, the ZEC is well connected. On a weekly basis, there are around 500 direct flights to the UK, over 400 to Germany, 50 to Africa and almost 2000 to Spain! With only a 2.5-hour flight to Spain, 4 hours to London and 2 hours to Casablanca, international business is simple.

3) Where Can Companies Set Up in the ZEC?

As mentioned above, La Zona Especial Canarias covers all of the Canary Islands. The only conditions are the following:

4) Why is the ZEC Perfect for Businesses?

Defined as European California, the beautiful climate is just one of a huge list of reasons to move to the islands. It is not hard to see why so many people are choosing to set up in La Zona Especial Canarias. Below are a few of the factors that help entities make their minds up:

The ZEC captures the best elements of Europe, with the beautiful climate of North Africa and incredibly low operational costs. Companies who are looking for setting up or working within the ZEC would be naive to ignore the importance and value of developing a business within these Island chains. Below are just a couple of examples that show the sheer differences between central Europe and La Zona Especial Canarias.

The Canary Islands boast cheaper petrol than Spain, the UK, Germany and Ireland with an average of around €1 per litre. Office rent is vastly cheaper than the majority of European cities, for example, €/m² averages at around 15 euros, whereas London is 90 euros, Madrid is around 30 euros and Berlin is 22 euros.

Just from these examples, it is clear how even small businesses can experience huge differences in their operating costs within the ZEC.

It’s obvious that any business that is starting up would want to research and understand the workforce in that area. It would be short-sighted for a company to set up in the location without first thinking about their long term goals, objectives and growth. Below is a brief look into the talent that can be found within the ZEC.

The Canary Islands provide a perfect place for companies searching for quality local talent, with great opportunities to grow and develop the workforces either via the 5 universities within the ZEC or enticing foreign talent. With 5 universities (2 public, 3 private), 39 international schools and around 180 professional training centers, local talent is not hard to find within La Zona Especial Canarias.

Around 10% of all of Spain’s yearly graduates are actually from Tenerife in fields from Law, Health Sciences, Maths, Business, Tourism, Telecom and many more!

Looking externally, the islands are a hotspot for attracting highly skilled foreign workers, especially Digital Nomads, with a large percentage of inhabitants being international, with the majority knowing at least 2 languages, a trait invaluable in the business world.

The Canary Islands are renowned for retaining and attracting talent due to a number of factors such as the timezone (GMT), the yearly average temperatures of 22°C (72°F), low prices and the highest sun hours in the whole of Europe! Thus providing investors, business owners and entrepreneurs with highly qualified, multicultural and intelligent talent.

Connected to the World

As aforementioned, La Zona Especial Canarias is connected to the major trade routes by air and by sea. Due to the exceptional connectivity and technological superiority of this zone, the ZEC has the perfect requirements to become a potential Air Hub for organizations that have operations between Europe, Africa and America.

The islands, and especially Santa Cruz in Tenerife, are known for their innovations and technology. With submarine fibre-optic cables, 50 satellites and major telecommunication companies operating within ZEC, it’s the perfect place for a startup or business to grow.

The D-ALiX project has created a ‘bridge’ linking Africa with Europe and America, the aim of which is to improve the competitiveness of La Zona Especial Canarias within the IT market and improve the technological resources of the ZEC even more.

The corporate tax rate of 4% is much lower than the majority of EU countries with the average being 22%, with such extremes of Germany, Belgium and France at over 30%.

The aforementioned economic and fiscal system or ‘regime’ offers compelling incentives for businesses who create, establish and grow their companies within the Canary Islands.

The opportunity to pay lower corporation tax rates at the unique tax rate of 4% for ZEC companies is just one of these incentives. Companies can also reduce up to 90% of undistributed net profits from taxable bases. There is also a 50% allowance for tangible goods production within La Zona Especial Canarias. Tax Credits are also offered for investments in sectors deemed the most strategic and profitable compared to the rest of Spain.

Within the ZEC zone, there are also multiple exceptions in direct taxation: from the original setting up of the company, to increasing capital, to acquiring investment locations and properties and to the general rate of Canary Islands General Indirect Tax (VAT) of 7%.

With over 40 weekly air routes with cities in West Africa, connections to all of the ports in the area and a neutral internet exchange linked with Africa, the continent really is just a stone’s throw away.

The Canary Islands have accumulated an impressive knowledge base over a wide range of industries due to the highly talented workers who are either from the ZEC zone or have been attracted to it over the last 20 years.

The ZEC have a surplus of high-quality talent and have great potential to meet and exceed the needs of companies looking to set themselves up within the ZEC zone.

The quality of life within the Islands is comparable with the best areas in Europe. With first-class European Health and Education, one of the nicest climates in the world averaging at 22°C/71°F across the year and diverse cultural, leisure and business offerings.

Everyone on the Island embraces the warm, cosmopolitan and fun atmosphere that truly encapsulates the best of the ZEC, and the fact that the area has the most celebrations and festivals in Europe doesn’t hurt either!

More and more companies are concerned about what they’re offering their employees and strive to keep them for a long time. But with factors like work-life balance, cost of accommodation or commute time, it can be hard to keep your workers satisfied.

People who come to work in the Canary Islands find themselves enjoying their jobs much more due to the beautiful location. When you’re always close to a world-class beach, fine dining or striking natural parks, it’s not hard to see why!

The ZEC is often said to have the best climate in the world having spring temperatures throughout the cooler months and a summer that attracts millions of tourists a year! Within the ZEC there are 141 protected natural areas, 4 biosphere reserves, 25 golf courses, and around 160 miles (255 kms) of beaches!

It is not just the geographical factors that aid in higher job satisfaction but also the people. Anyone who visits, inhabits or works in the ZEC can shortly adapt to the tranquil days, the exciting fiestas and the positivity that brings people back to the islands year after year.

The ZEC is renown for their gastronomy and the locality, freshness and quality of their ingredients and produce. Due to the relatively low living costs in the Canary Islands, even the finest dining is completely affordable. Plus, Canarian cuisine was influenced by the world’s best (thank you, nomads and expats!), making the ZEC a food lover’s paradise!

On top of everything else, the islands get an average of around 300+ sunny days a year, so it is not difficult to see why the Canary Islands have been attracting, nurturing and growing businesses for over 2 decades.

5) How Easy is it to Become a ZEC Company?

To set a company up as a ZEC entity requires a little bit of administrative work, however, the paperwork and one-time admin fee (around 850€) pay for themselves tenfold once the ZEC entity is set up.

If you are tempted by the multitude of advantages listed in the article above, then becoming a ZEC entity is definitely for you, so don’t be dissuaded by the paperwork.

The ZEC was created to encourage, attract and grow businesses in the Canary Islands, not to make barriers to entry. The local government and authorities are always very supportive towards applicants looking to become a ZEC company.

6) What are the Requirements of Becoming a ZEC Entity?

The requirements are relatively simple to become a ZEC entity, here is a summary of the points: 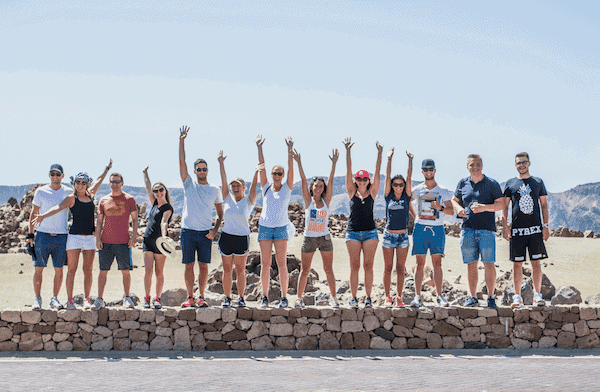 Come And Join Us

Coworking in the SUN is located in Tenerife, one of the best hub spots in the world for digital nomads. Join our Facebook group with more than 20,000 members and learn why. 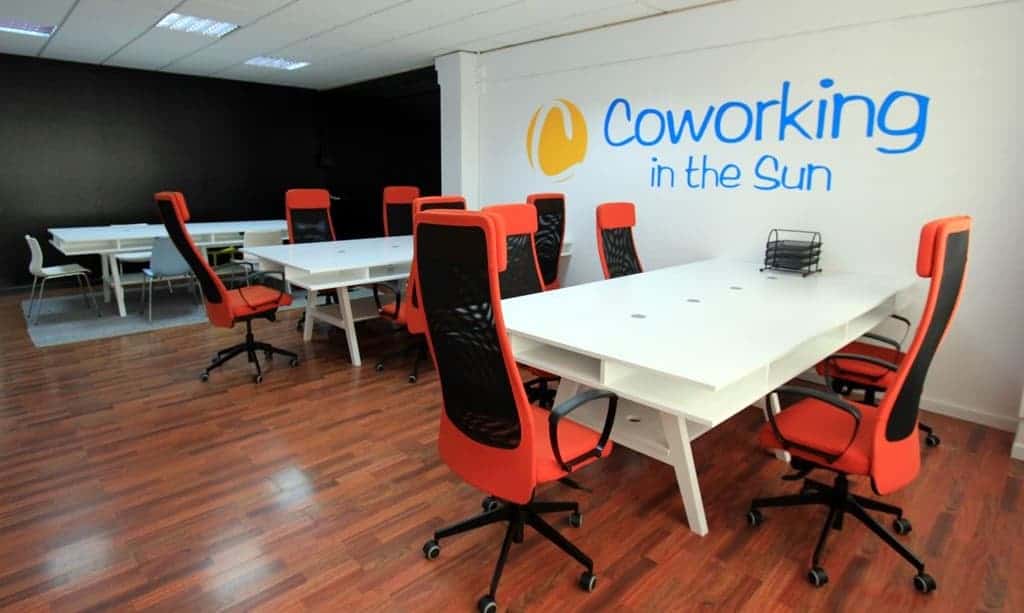 Your 365 Days Workation Destination in Tenerife

Coworking in the Sun

GET TO KNOW US 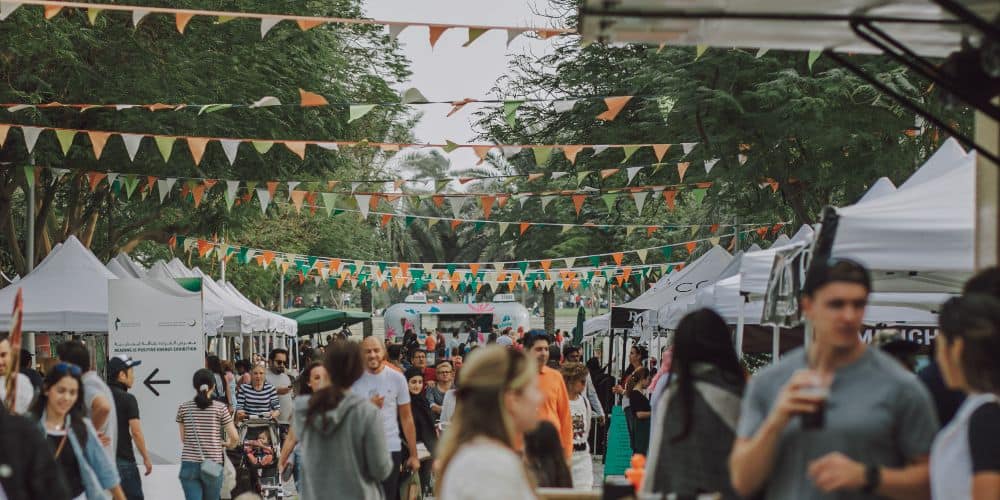 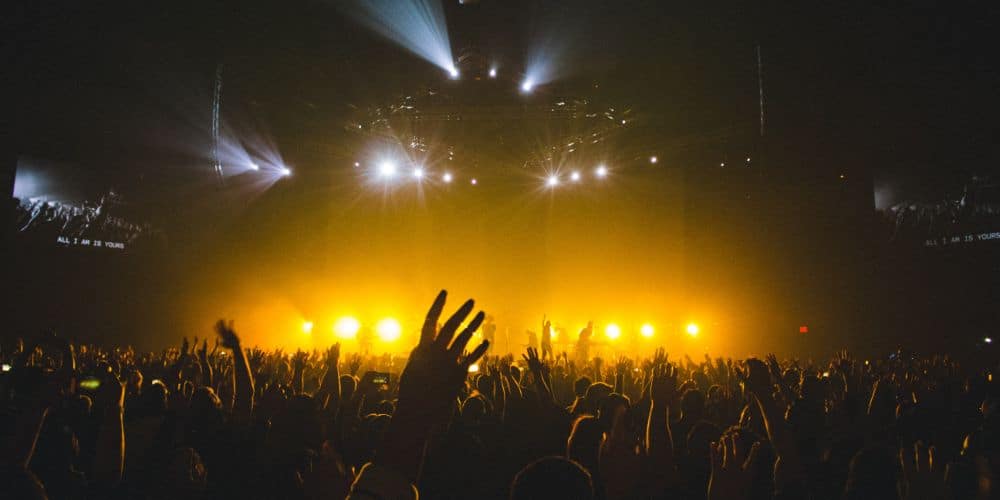 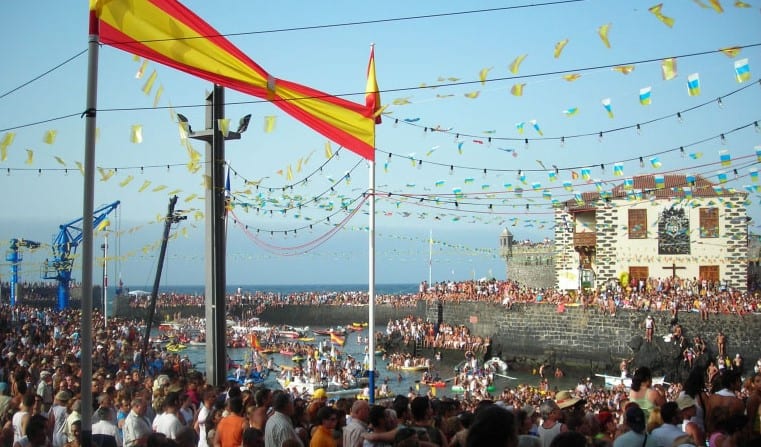 What Do You Wish To Book?

Get the best out of working abroad by booking a single chair in our large open-space coworking room.

Our brand new private offices provide you with maximum privacy and comfort. For you and your whole team.